John Carreyrou of The Wall Street Journal wins the December Sidney Award for his profile of Tyler Shultz, the 26-year-old whistleblower who helped expose potential wrongdoing at the billion-dollar startup Theranos. The company’s fantastical claims to diagnose serious ailments from mere droplets of blood pricked from a finger may have deprived patients of their money and their peace of mind while misleading investors.

The latest chapter in Carreyrou’s saga recounts how former Secretary of State George Shultz, Tyler’s grandfather, sided with Theranos over his own flesh and blood when the young man presented him with evidence he said showed that the company was cooking its data in ways that could give patients false results on important tests.

Shultz was one of a strikingly large number of retired national security heavyweights, including Henry Kissinger, who joined Theranos’s board early on. Donald Trump’s pick for Secretary of Defense, retired General James Mattis, sits on the Theranos board today.

When Theranos suspected that Tyler was talking to Carreyrou, Shultz invited his grandson to his home on the pretext of signing a simple confidentiality agreement. He promised there would be no lawyers present. In fact the elder Shultz had Theranos’ lawyers waiting upstairs ready to pressure Tyler to sign all kinds of legal papers including a temporary restraining order and a pledge to name other whistleblowers. Tyler was outraged and left without signing anything.

Tyler and his parents say they’ve since spent over $400,000 on his legal fees.

“Carreyrou’s reporting shows the bravery and sacrifice of a young whistleblower who stepped up to protect the public from a powerful and potentially fraudulent corporation,” said Sidney judge Lindsay Beyerstein. 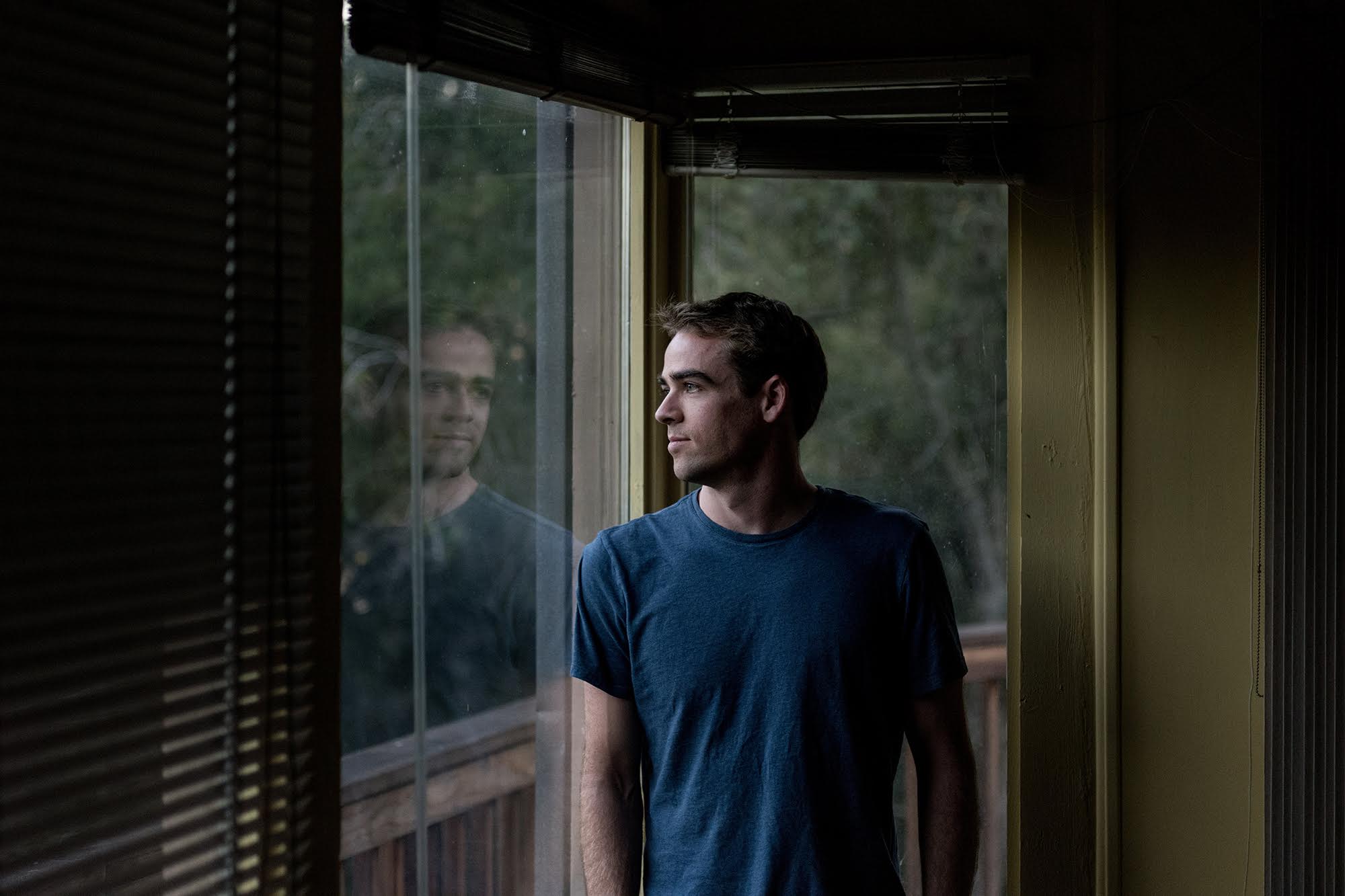 Theranos whistle-blower Tyler Shultz defied his employer and his family to sound the alarm about what he saw as flaws in Theranos’s testing system.
Jason Henry for The Wall Street Journal

LB: How did John make contact with Tyler Shultz?

MS: John had received a tip in early 2015 that everything might not be quite what it seemed at Theranos. While reporting out this tip, he reached out to current and former Theranos employees, including Tyler. By that time, Tyler no longer was working at Theranos. Several weeks passed before he got a response. John was sitting at his desk and the phone rang. It was Tyler calling him from a prepaid “burner” phone. He began talking to John about what he had seen and experienced at Theranos. At the time he was speaking completely as a confidential source.

Tyler wasn’t John’s original source to report problems at Theranos. In some ways he wasn’t even the most important one. But Tyler was a key source and corroborating contact. Tyler was the first Theranos employee to complain to state regulators. John came to understand more about what was going on at Theranos after many months of talking with Tyler and a number of other former employees.

In October of 2015, John published the first piece to raise questions about Theranos’ technology and practices. John didn’t hear from Tyler for many months until they met again this May on the Stanford campus. Soon afterward, Tyler heard through his grandfather, George Shultz, a Theranos board member, that Theranos knew about their meeting.

LB: Are you suggesting he was followed to the meeting?

MS: I don’t know if either of them was followed.  A message was passed along to Tyler via his grandfather that Theranos was aware he had spoken with John.

LB: What else did Theranos do to signal to John that his reporting was unwelcome?

MS: John faced strong pressure from the company personally and publicly. Theranos sought to discredit him and his work.
Elizabeth Holmes, Theranos’ founder and chief executive, has refused to speak with John for nearly two years now. A top Theranos executive personally tried to persuade some patients’ doctors to change the accounts they had provided to John. And the company more than once threatened to sue the Journal.

Theranos claimed publicly that John’s reporting was inaccurate, and Ms. Holmes referred to the Journal as a “tabloid.” But the company never produced a single document that disproved his reporting. John ignored Theranos’ public attacks and continued to report.

LB: When and why did Tyler decide to go on the record?

MS: Tyler and John spoke sometime after Labor Day. Tyler can speak best about why he went on the record, but he told John he believed it was the right thing to do. As he told John: “I refuse to allow bullying, intimidation and threat of legal action to take away my First Amendment right to speak out against wrongdoing.”  At a certain point, Tyler felt it was really important to get his story out publicly.

LB: This reminds me of King Lear, in which an heir tells a beloved patriarch the truth and is severely punished for her candor. What did the elder Shultz do when he found out Tyler was a whistleblower?

MS:  One of the most dramatic scenes in the Tyler Shultz saga was a moment when he asked his grandfather to meet and discuss the Theranos situation without any lawyers. His grandfather agreed and invited Tyler to his house. When Tyler agreed to his grandfather’s request to sign a confidentiality agreement to appease Theranos, his grandfather revealed that two Theranos lawyers were waiting upstairs. After a tense conversation with the lawyers, Tyler refused to sign the papers, triggering a round of settlement talks with Theranos that eventually went nowhere. In the process, Tyler said he and his parents have spent more than $400,000 on legal fees.

LB: What impact has Tyler’s story had so far?

MS: The response has been overwhelming. To some readers, Tyler’s story has transcended Theranos, representing a high-profile example of the hazards of blowing the whistle on corporate wrongdoing.

LB: For a healthcare startup headed by an college dropout in her late 20s, Theranos recruited an astonishing number of national defense heavyweights as board members in 2011.  John reported that “Former Secretary of State Henry Kissinger, former Secretary of Defense William Perry, and former Sen. Sam Nunn, all fellows with Mr. Shultz at the Hoover Institution, joined the Theranos board around the same time.” How did this happen?

MS: That’s a question probably best left for these gentlemen to answer. Ms. Holmes grew up in a family with Washington connections. The fact that the elder Mr. Shultz joined the board was probably an important impetus for Henry Kissinger and others with government experience to sign up too.

LB: President-elect Donald Trump has named retired Marine Corps General James Mattis as his pick for Secretary of Defense, Mattis is a sitting member of the Theranos Board and FORTUNE magazine reports that he has no plans to step down from the Board if he takes office. What implications could that have?

MS: His Theranos connection is likely to be raised at Mr. Mattis’s confirmation hearing. He is one of many on the board who have shown extraordinary loyalty to Ms. Holmes. George Shultz exhibited that loyalty in spades.

LB: What is it about Elizabeth Holmes that inspires that level of devotion?

MS: Ms. Holmes has a grand vision about the future of one aspect of health care. We all want to see better ways for health care to be delivered. Theranos promised a less painful and less expensive way to test for a range of conditions with just a few drops of blood. Health-care innovation is an area that attracts promise and hope.

LB: I cover alternative medicine and that sector is full of attractive entrepreneurs telling investors what they want to hear, but none of them get traction like this…

MS: You’d have to ask the investors why they put up the big money. In Silicon Valley, there’s a tendency to buy into the personal appeal of founders and their vision. Often times, an undying belief in a charismatic founder’s vision can be infectious.

LB: Reporters are reading this interview looking for tips on the care and handling of sensitive sources. What can they learn from John’s skilled cultivation of this delicate source-journalist relationship?

MS: John did his homework on the subject, which I believe touched a nerve with his sources. He was sensitive in respecting their confidentiality and gained a remarkable amount of trust in his dealings with Tyler and others because he was true to his word. He developed relationships built on trust, and understood the pressures his sources faced as well. Tyler clearly felt confident in publicly telling his story to John because he believed he could present it powerfully and fairly.

They both deserve a lot of credit. It showed an extraordinary amount of courage on Tyler’s part to fend off pressure from his family, powerful lawyers, and the company and make the decision to go public.