Gina Barton, Brett Murphy and Daphne Duret of USA TODAY win the December Sidney Award for “Dead rats, death threats, destroyed careers. How law enforcement punishes its whistleblowers,” (summary for non-subscribers) a sweeping investigation into reprisals against officers who break the blue wall of silence to expose wrongdoing. Their investigation revealed that police departments across the country share an unofficial culture of retaliation that helps leadership avoid accountability — and leaves whistleblowers unprotected.

Cops who blow the whistle have found dead rats stuffed in their lockers, seen their requests for backup ignored, and had their lives and their families threatened by fellow officers. Whistleblowers have been fired on flimsy pretexts, jailed, and in once case, forcibly committed to a psychiatric facility. It’s rare for individuals or police departments to face any serious consequences even when they get caught retaliating against whistleblowers.

The winners documented over 300 reprisals against police whistleblowers. The reporters concluded that “there is no wrongdoing so egregious or clear cut that a whistleblower can feel safe in bringing it to light.”

Whistleblowers who experienced reprisals included: An officer in South Carolina who reported that other officers beat a prisoner to death; a Florida detective who turned in a captain who had impregnated a 16-year-old girl; and an Oregon sergeant who filed a complaint when another officer boasted about killing an unarmed teenager.

“This investigation exposes a nationwide culture of retaliation, perhaps most notably in departments that have adopted strict accountability measures,” said Sidney judge Lindsay Beyerstein, “This isn’t just a few bad apples, or even a few bad orchards. This is a nationwide crisis.”

Gina Barton is an investigative reporter who has been covering criminal justice issues since 2002. Her reporting on lax oversight of police officers and deaths in police custody helped prompt a first-of-its-kind state law that requires independent investigations of all officer-involved deaths. She has won numerous national journalism awards, including the George A. Polk Award and a Casey Medal for journalism that improves the lives of children. She is based in Wisconsin.

Brett Murphy is a reporter on USA Today’s investigations desk who has covered labor exploitation and human rights abuses overseas. He’s a former Pulitzer finalist, Hillman Prize winner and Forbes 30 Under 30 honoree. Murphy has taught undergraduate journalism courses at George Washington University and cofounded the Local Matters Newsletter. He is based in New York.

Daphne Duret is an investigative reporter for USA Today and current Knight-Wallace fellow. She was previously on the investigation team for The Palm Beach Post, where she covered criminal and civil courts in Palm Beach and Martin counties. She is based in Florida. 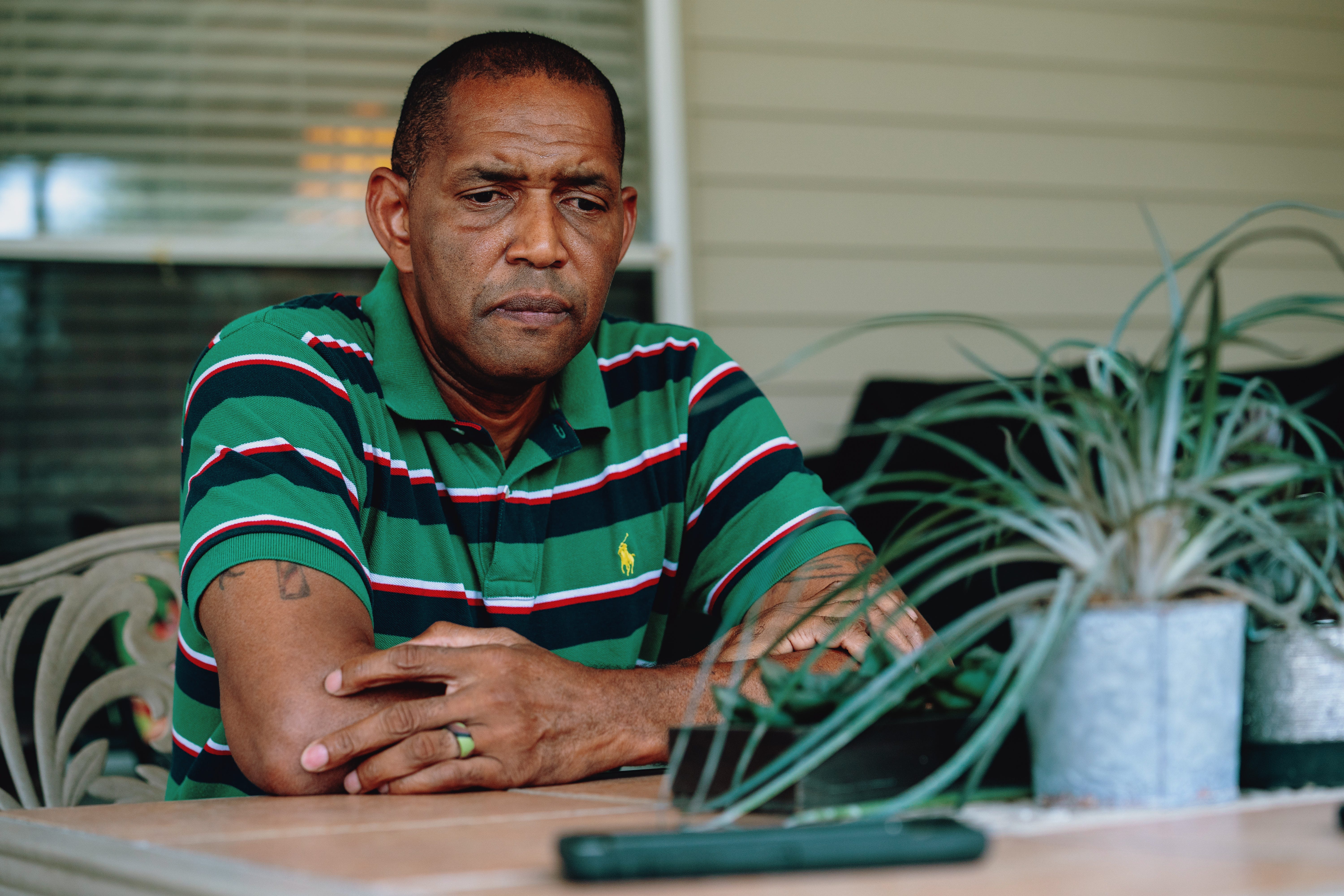 Moses Black, a former Gonzales, La. police officer who was suspended and then fired after he reported a sergeant for assaulting an inmate. Black says he was punished in retaliation for blowing this whistle.
JARRAD HENDERSON, USA TODAY

Q: What inspired you to launch a major investigation into retaliation against police whistleblowers?

A: The George Floyd video showed three officers standing by while Derek Chauvin killed him. They defended Chauvin in the immediate aftermath. We wanted to know what happens when a fellow officer — typically the only guaranteed witness to police misconduct — reports against their own. We wanted to understand how police departments respond to whistleblowers.

Q: Can you walk us through what kinds of documents you used to report this story and what you learned from one or two particularly notable documents?

A: We approached this as both a labor and policing project, sending more than 400 records requests to law enforcement agencies, prosecutors, oversight groups and labor regulators around the country, including the NLRB. The records we got back — often after months of wrestling to pry them free — included labor complaints, police internal affairs investigations and thousands of pages of testimony. We also obtained confidential EEOC files. Some of the most telling documents came from police leaders themselves, like the sheriff in Nevada who wrote in a termination letter that he fired a whistleblower, in part, because he was “siding with the inmate against his own agency.”

Q: Every investigation has twists and turns, especially on a story as ambitious as this one. Tell us about something unexpected that happened in the course of your reporting.

A: Something unexpected was the cooperation from police officers. Since publishing our first story, we’ve received dozens of tips from police around the country. It’s a group that is often distrustful of the media, so we were surprised how many were not only willing to speak with us and how many had been waiting months or even years for someone like us to come along.

Q: Cops face immense pressure to maintain the blue wall of silence and the overwhelming majority comply. Did you notice any patterns in terms of the kind of person who’s willing to go against the grain and report wrongdoing?

A: Going in, we hypothesized that most whistleblowers would be already marginalized groups, such as women or officers of color. However, in the course of reporting, we learned that those who speak out come from an array of backgrounds, in departments large and small. They are Black, white, Hispanic, commanders and rookies. Several also testified against their own as part of a plea deal with prosecutors.

Q: What role do police unions play in perpetuating the culture of silence?

A: Police unions play a critical role in enforcing the blue wall of silence. They often back cops accused of misconduct during court and disciplinary hearings but not those who turn them in. In East Haven, Connecticut, a sergeant who tried to intimidate a fellow officer by holding a gun to his chest was hired by the union to help officers involved in on-duty shootings. Unions have also lobbied for rules that make things harder for officers who want to come forward and easier for departments to hide misconduct.

Q: What did you learn from this investigation?

A: A lot. Police chiefs and sheriffs who retaliate against whistleblowers rarely face serious repercussions for doing so — even after they weaponize internal affairs in order to discredit whistleblowers and get rid of them. Reforms like body cameras and civilian oversight boards prove virtually worthless when law enforcement leaders and other local officials silence whistleblowers.  And, maybe most notably: the consequences of the code of silence stretches into the communities these departments police, leaving families longing for justice that may never come.