“Behind the Blue Wall”

USA TODAY reporters Gina Barton, Daphne Duret and Brett Murphy set out to establish the extent to which law enforcement punishes whistleblowers within its ranks. In a sweeping investigation into reprisals against officers who break the ‘blue wall of silence’ to expose wrongdoing, they revealed that police departments across the country share a culture of retaliation that helps leadership avoid accountability—and leaves whistleblowers unprotected.

The reporters documented over 300 reprisals against police whistleblowers. They turned the records they acquired into the most comprehensive public accounting of police retaliation ever compiled, including dozens of examples never before reported.

They concluded that “there is no wrongdoing so egregious or clear cut that a whistleblower can feel safe in bringing it to light.” 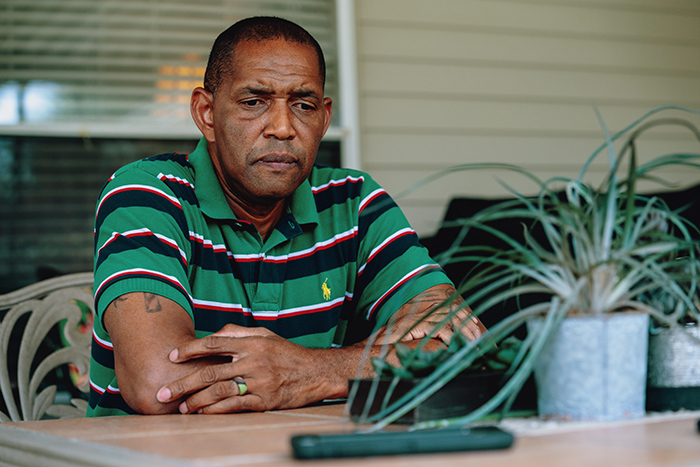 Whistleblowers who experienced reprisals included an officer in South Carolina who leaked that other officers had beaten a prisoner to death; a Florida detective who turned in a captain who had impregnated a 16-year-old girl; and an Oregon sergeant who filed a complaint about another officer boasting about killing an unarmed teenager. After speaking out, all of them were forced out of their departments and branded traitors by fellow officers.

Cops who blow the whistle have found dead rats and feces stuffed in their lockers, seen their requests for backup ignored, had drugs planted on them, and had their lives and their families threatened by fellow officers. Whistleblowers have been fired on flimsy pretexts, jailed, and in at least one case, been forcibly committed to a psychiatric facility.

The reporters also revealed the ways the system rewards officers who participate in coverups with promotions and overtime, and shields leaders from accountability. They also unmasked the mechanisms police departments across the country use to hide information from the public and the families of victims of brutality.

USA TODAY found that police unions play a critical role in enforcing the ‘blue wall of silence.’ They often back cops accused of misconduct during court and disciplinary hearings but not those who turn them in. Police unions have also lobbied for rules that make things harder for officers who want to come forward and easier for departments to hide misconduct.

The impact of the project was immediate and far-reaching: The Illinois Attorney General opened an investigation into the Joliet Police Department the day after USA TODAY published a story about a whistleblower there. The police chief was fired, and local union officials faced international criticism when they responded to USA TODAY’s reporting by expelling the whistleblower from the union. The NAACP and a group of lawyers called for an FBI probe into new evidence the reporters uncovered in Baton Rouge concerning a death in custody and state lawmakers in Louisiana recently introduced legislation that would give police whistleblowers more protections. A police department in New Jersey abruptly lifted a two-year forced administrative leave against a whistleblower after reporters began investigating his case.

Frank Serpico, America’s most famous police whistleblower, compared USA TODAY’s findings to those of the Knapp Commission, before which he testified in the 1970s. “This is the media’s purpose to society,” he said in a tweet.

This investigation exposes a nationwide culture of retaliation, perhaps most notably in departments that have adopted strict accountability measures. When law enforcement leaders and other local officials silence whistleblowers, reforms like body cameras and civilian oversight boards prove virtually worthless.

Gina Barton is an investigative reporter for USA TODAY. Her reporting on lax oversight of police officers and deaths in police custody helped prompt a Wisconsin law that requires independent investigations of all officer-involved deaths – the first of its kind in the nation. She has won numerous national journalism awards, including the George A. Polk Award and an IRE Award. Gina is also the host and producer of the national Edward R. Murrow Award-winning podcast, Unsolved. She is based in Wisconsin.

Daphne Duret is an investigative reporter who has primarily covered legal issues, crime and criminal justice for nearly two decades. Domestically, her work has helped establish legal precedent on law enforcement use of secret cell phone tracking devices and Florida’s criminal punishment code. Internationally, she has produced award-winning work through her coverage of natural disasters and other events in Haiti and parts of the Caribbean. She is based in Florida.

Brett Murphy is a reporter on USA Today’s investigations desk who has covered labor exploitation and human rights abuses overseas. He’s a former Pulitzer finalist, Hillman Prize winner and Forbes 30 Under 30 honoree. Murphy has taught undergraduate journalism courses at George Washington University and cofounded the Local Matters Newsletter. He is based in New York.