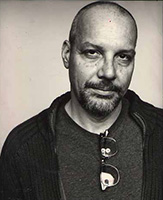 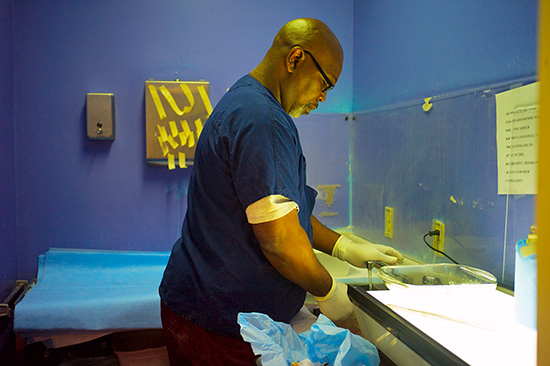 “The Abortion Ministry of Dr. Willie Parker” is a story about an extraordinary doctor, the art of medicine, and the power of empathy. It’s also a story about gender, race, and the unexpected ways that ethics and religion shape our lives.

Dr. Willie Parker, believes that God has called him to perform abortions. And so, he flies into the last abortion clinic in Mississippi a couple of times a month, to care for up to 45 women each day.

Parker became a born-again Christian in his teens, and for most of his distinguished career as an OB-GYN, he refused to perform abortions. But Parker’s study of radical Christian theology and the black feminist philosophy of reproductive justice prepared him for a “come to Jesus” reversal when a fundamentalist administrator at his university tried to ban abortions at the campus clinic. Parker eventually left his academic career for a difficult and dangerous job on the front lines of abortion access.

Parker is inspired by the Biblical story of the Good Samaritan. The Samaritan became good, Martin Luther King observed, when he stopped asking “What’s going to happen to me if I help this person in need?” and started asking, “What’s going happen to him if I don’t help?” Parker looked into his soul and asked himself, “What happens to these women when abortion is not available?”

Richardson uses Parker’s story to examine the barriers to abortion access in an era when abortion remains a protected right on paper, but anti-choicers use red tape and intimidation to separate women from their healthcare providers.

John H. Richardson grew up in Asia, the son of a senior CIA officer. He studied literature at the University of Southern California and Columbia University, then started his journalism career as a police reporter at the Albuquerque Tribune. He has been a “writer at large” at Esquire magazine since 1997. He has also published in the Atlantic, The New Republic, the New York Times, the Washington Post and many other publications. He was a finalist for the National Magazine Association’s award in feature writing in 2010 (for “The Last Abortion Doctor”) and winner of the 2010 MIN Editorial and Design Awards in online feature writing. In 2014 he won the New York Press Club’s crime-writing award in the magazine category for “El Gringo Loco,” a story (published in Playboy) about an American college student who joined a Mexican drug cartel. He is also the author of three books, The Vipers’ Club (William Morrow, 1996); In The Little World (Harper Collins, 2001) and My Father The Spy (Harper Collins, 2005). He is married to Katherine Potter, who writes and illustrates children’s books when not working as a newspaper art director. They have two awesome daughters, Rachel and Julia.