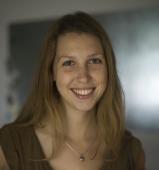 Sarah Stillman is a freelance writer and visiting scholar at NYU’s Arthur L. Carter Journalism Institute, where she teaches a course on reporting the global city. She is a recipient of the 2012 Knight Luce Fellowship for Reporting on Global Religion and a finalist for the Michael Kelly Award, as well as the Daniel Pearl Award for Outstanding International Investigative Reporting. Her coverage of America’s wars overseas and the challenges facing soldiers who have returned home has appeared in The New Yorker, The Washington Post, The Nation, The New Republic.com, Slate.com, and The Atlantic.com. She taught a seminar on the Iraq war at Yale, and also ran a creative writing workshop for four years at Cheshire Correctional Institute, a maximum-security men’s prison in Connecticut. She is currently reporting on immigration and criminal justice issues.

One morning in October 2007, ten women from Fiji boarded a plane to what they thought would be a better life. They were going, they believed, to be beauticians in the United Arab Emirates, where they would serve wealthy clients and make $3,800 a month, more than ten times Fiji’s annual per-capita income.

They landed in Dubai, but, as they would soon learn, that wasn’t their final destination. Instead, they found themselves bound for U.S. military bases in Iraq. Far from family and their homes, the women became trapped in a kind of indentured servitude in the world’s deadliest war-zones.

Sarah Stillman spent more than a year investigating the exploitation of foreign workers employed by private contractors on U.S. bases in Afghanistan and Iraq. Her story exposes the lives of the more than 70,000 “third-country nationals” who work for the American military in war zones. Like those women who walked onto the plane in 2007, many reported being trapped in a kind of indentured servitude to foreign subcontractors of the U.S. military who operate outside the law and face few consequences.

In remarkable detail, she describes how these “third-country nationals,” or TCNs, keep bases running, preparing food, cutting soldiers’ hair and cleaning bathrooms. They work grueling hours, only to be robbed of wages, or injured without compensation. Thousands have been injured in wartime attacks. For Lydia, one of the women who boarded the plane in Fiji that October, life on the base would also become a nightmare of repeated verbal abuse and sexual assault.

Many of these workers, including Lydia, appealed to the U.S. government for help. But their quest for accountability was largely fruitless.

Stillman’s work changed that, illustrating journalism at its best-she gave a voice to those forced into silence, and drew attention to those accountable for these abuses. As a result of her reporting, lawmakers in both Houses of Congress introduced bills in March 2012 that would institute penalties and criminal charges against companies involved in the trafficking of employees in Iraq, Afghanistan and elsewhere. The laws have yet to be implemented.

“Stillman brought a new eye to a subject, defense contractors, that we thought we knew a lot about,” said Hillman judge Katrina vanden Heuvel. “Her piece is beautifully written with a very powerful narrative, it works on many levels.”