Sarah Ryley wins May Sidney for exposing startling abuses of power by the New York Police Department. The NYPD is using nuisance abatement laws to evict small business owners from their businesses and people from their homes on the flimsiest of pretexts, often without any criminal convictions.

“I realized this was part of a much larger story about the problems inherent in the use of civil tools to fight crime,” Ryley said. “Race and ethnicity played pretty heavily into the story. [W]e interviewed scores of people who were affected by these actions, and I don’t think a single one was white.”

A Korean laundromat owner in Manhattan was threatened with closure after an undercover officer sold “stolen” electronics to people inside his business on two occasions, unbeknownst to him. Other business owners stood to lose everything over alleged underage liquor sales, which didn’t even generate an arrest, let alone a conviction. Ninety percent of businesses targeted were in majority-minority neighborhoods.

The positive impact of this investigation was swift and wide-ranging; see the Backstory interview below for details. 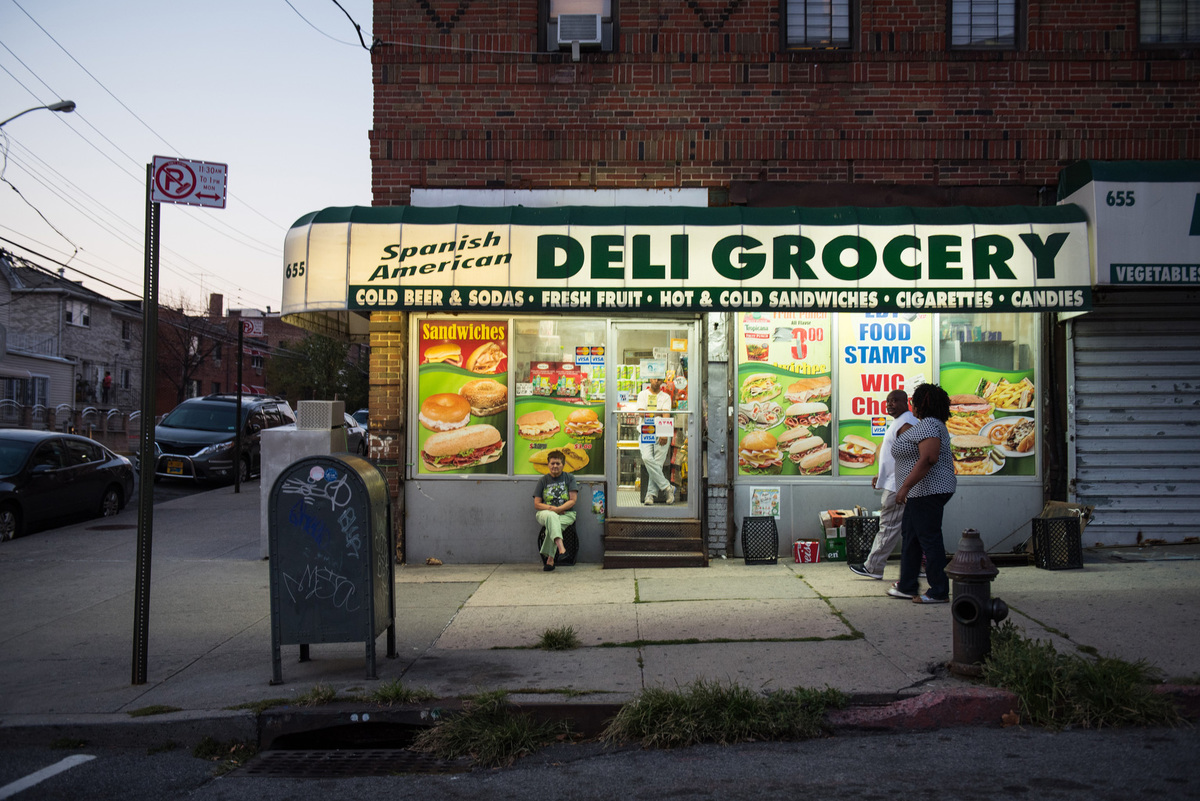 A bodega in the Bronx threatened with closure over alleged underage alcohol sales
Edwin Torres, Special to ProPublica

Q: What inspired you to do an in-depth investigation on the abuses of nuisance abatement laws?

A: I was working on another project, about police misconduct, when I came across a wrongful arrest lawsuit that mentioned the city tried to evict a woman from her home even though her charges had been dismissed. I wasn’t aware that the city even initiated evictions, aside from the New York City Housing Authority, so I first wanted to find out what mechanism they were doing these under. Then I wanted to find out whether it was systemic or an anomaly for the city to evict someone over charges that were dismissed. As I started reading through the cases, I was just struck by the extremely minor nature of some of the allegations the NYPD was using to justify booting people from their businesses or homes — searches that turned up little more than residue-covered paraphernalia and a line of cocaine; a man who faced losing his laundromat because an undercover cop sold “stolen” electronics to two people who weren’t even employees; underage auxiliary officers saying they bought alcohol at a bodega a few times, but where no arrests were made. And then we got back the dispositions of the criminal cases against some of the people who were kicked out of homes, and fewer than half of those people were actually convicted. It was during this process that I realized this was part of a much larger story about the problems inherent in the use of civil tools to fight crime.

Q: Give us a brief overview of the investigative tools and strategies you used to report this piece. Did you have to do any legal wrangling to get the documents?

A: First, I scraped the index numbers of cases that listed “City of New York” or “City of NY” (these cases don’t have a unique code; that would have been too easy). From there, several reporters and I entered details from those cases into a spreadsheet, ultimately tracking around 20 different factors. We also pulled the names of people who either gave up their lease or were barred from a home as a result of settlements in the cases, and sought additional information on them, including their age, race and the disposition of the underlying criminal charges. I filed a Freedom of Information Law request for the New York Police Department and the city Law Department’s nuisance abatement data, but the spreadsheets I finally got back were both missing thousands of cases (even after appealing the NYPD). I also did some geospatial analysis, using a bunch of other sources of data, such as from the U.S. Census and the State Liquor Authority. There was actually a ton of data involved in this story – too much to list. And then traditional shoe-leather reporting — door-knocking businesses and homes, digging through old articles and legal challenges and city archives, getting yelled at when cold-calling agency employees, spending all day sitting in courtrooms, interviewing city officials — all the fun stuff. I have nearly 8G and four boxes of notes on this series!

Q: What was it like working in collaboration with ProPublica? Is this series your first collaborative project?

A: Yes, this was my first collaborative project. I think the partnership has been a great fit. Under our new editor in chief, Jim Rich, the Daily News has been more focused on getting back to our roots of putting out investigative and longform journalism with a social justice bent. It’s not that we ever stopped doing this, but Jim has put more emphasis on it. At the same time, like every news outlet, we’re going through a period of limited resources, and this type of work takes a lot of resources. That’s where partnerships have been great. ProPublica has the resources to focus on this type of journalism. Because of their help, we were able to go back through 1,162 nuisance abatement cases and track maybe a dozen additional factors that I had learned through my reporting were significant. The factors quantified from this second round of research ended up being the most impactful, in terms of spurring reform. ProPublica also provided a great photographer who could focus on this project, and their editors put a lot of work into shaping the series. From ProPublica’s standpoint, they’re always looking for platforms that will give their work the most impact, and the Daily News is a very powerful voice in New York City politics. So they’ve since placed one of their investigations with us, and hopefully will do so with more in the future.

Q: How does race play into this story?

A: Race and ethnicity played pretty heavily into the story. Between me and two other reporters, we interviewed scores of people who were affected by these actions, and I don’t think a single one was white. The photographer who I worked with is fluent in Spanish. That turned out to be essential, particularly when we canvassed the businesses, as nearly every one of the bodega owners only spoke Spanish. It was clear that the NYPD is mainly targeting places in low income and minority communities. A geospatial analysis found nine out of 10 of the businesses and residences targeted are located in census tracts where at least half of the residents are minorities. In the case of alcohol violations, there was a clear disparity, since data I obtained from the state showed these violations were more evenly spread throughout the city. I also tracked down the race and ethnicity of 215 of the 297 people who either gave up their leases or were barred from homes as a result of settlements in nuisance abatement actions, mostly over drug offenses. Only five are white. I think it’s fair to ask ourselves what the reaction would be if white families and businesses were so aggressively penalized over the same alleged offenses.

Q: Describe the impact your story has had so far

A: Before the first story in the series came out, the state’s deputy chief administrative judge put out an advisory notice recommending that judges limit the practice of granting ex parte closing orders on homes. The NYPD and the Law Department are in the process of reviewing their nuisance abatement cases and procedures, and in the meantime have nearly stopped filing them. Although they’ve defended nuisance abatement as necessary to keep the city safe, they have already said they’re making some important procedural reforms. City Council is working on a package of legislation that would add more safeguards to the law. There’s been at least one civil rights lawsuit, and several other non-profit law firms have said they’re looking into it, one at the behest of The Bodega Association. And a lot of other elected officials have written letters, asked for meetings with the NYPD, and said they’re looking into taking some action. So there’s been a lot of heat, and I would be surprised if we don’t see some real reform.