Ari Berman of Mother Jones and Nick Surgey of Documented win the June Sidney Award for exposing the conservative dark money campaign to suppress the vote. Surgey obtained a leaked video of a private meeting with donors in April 2021 where Heritage Action, a sister organization of the Heritage Foundation, bragged about crafting voter suppression laws in the states and their efforts to defeat the federal voting reform package H.R. 1. In the video, Heritage Action executive director, Jessica Anderson, boasts that the organization actually drafts anti-voting bills for legislators, or launders its model legislation through shills to lend “that grassroots, from-the-bottom-up type of vibe.”

“I don’t want everybody to vote,” Heritage Foundation Founder Paul Weyrich said in 1980. “As a matter of fact, our leverage in the elections quite candidly goes up as the voting populace goes down.” Heritage Foundation and Heritage Action are still vigorously pursuing Weyrich’s goal of purging the electorate to entrench right-wing power.

The push to restrict voting in GOP-controlled states across the country is propelled by a synergy between inside-the-beltway Republican operatives who have been pushing voter suppression efforts for the last 20 years and MAGA activists duped by Trump’s Big Lie of voter fraud.

Heritage plans to spend $24 million over the next two years in the battleground states of Arizona, Michigan, Florida, Georgia, Iowa, Nevada, Texas, and Wisconsin.

“U.S elections are cleaner and smoother than ever, but this video proves how right wing operatives are using a conspiracy theory to assist in disenfranchising people,” said Sidney judge Lindsay Beyerstein.

Ari Berman is a senior reporter at Mother Jones, covering voting rights, and a reporting fellow at Type Media Center. He’s the author of Give Us the Ballot: The Modern Struggle for Voting Rights in America and Herding Donkeys: The Fight to Rebuild the Democratic Party and Reshape American Politics. He won a 2017 Izzy Award for outstanding achievement in independent media.

Nick Surgey is an investigative reporter and the director of Documented, a watchdog group that tracks big money in politics. He mainly investigates and writes about corporate political spending, front groups, hidden money flows, and the impact that all this cash has on our policy making process. 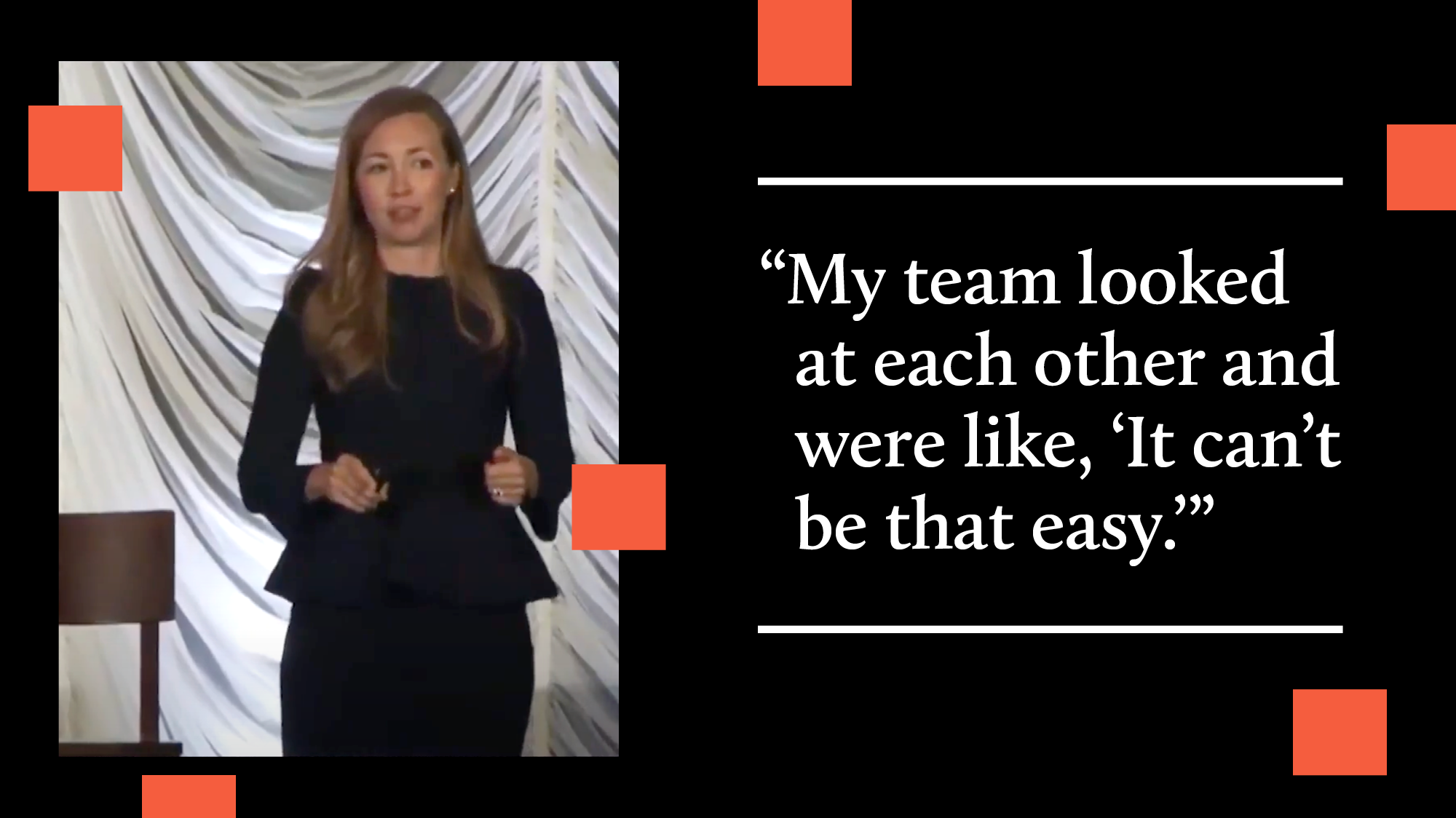 Q. How did you find out about the Heritage Foundation’s efforts to overhaul the voting system in favor of Republicans?

A. The Heritage Foundation has been spreading misinformation about voter fraud for many years. Hans von Spakovsky, who runs the Heritage Election Law Reform Initiative, has done as much as anyone to promote the voter fraud myth over the past two decades. We knew that Heritage Action, their sister group, had launched a $24 million campaign to pass new voting restrictions in key battleground states, but the leaked video we obtained revealed the degree to which they were orchestrating the effort to pass “model legislation” in the states and provided a lot of new and revealing detail about their work.

Nobody knew the full extent of what Heritage was doing, and that was by design. It’s rare that you get to be a fly on the wall at this kind of meeting.

Q. There are a number of high-profile voting rights bills in Congress right now. Would any of this legislation counteract these voter suppression laws at the state level?

A. Yes, the For the People Act would stop many of the state-level voter suppression laws recently passed by instituting policies like automatic and Election Day registration, two weeks of early voting, and no-excuse absentee voting for federal elections in every state. It would combat efforts such as curtailing mail ballot drop boxes, preventing election officials from sending out mail ballot request forms, and aggressively purging the voter rolls.

The John Lewis Voting Rights Advancement Act would stop future voter suppression efforts by restoring and modernizing the preclearance requirement gutted by the Supreme Court in 2013, so that states with a history of discrimination once again have to approve their voting changes with the federal government.

Q. How are these Heritage-drafted bills faring at the state level?

A. Many of the state-level voter suppression bills draw heavily from Heritage’s recommendations. Heritage claims to have written “eight provisions” of the Georgia law, “nineteen provisions” of the Texas law, “three provisions” of the Iowa law. It’s no coincidence that so many states are passing such similar voting restrictions in such a short period of time—Heritage is creating the “echo chamber” to write, pass, and defend these bills.

It’s also worth noting there’s been some pushback to the group’s claims, including from Republicans. Ethics complaints have been filed against Heritage Action and the Heritage Foundation in Iowa and Texas for not registering as lobbyists while advocating for these bills, and a state-affiliated watchdog agency in Iowa has opened its own investigation. This suggests that Heritage either inflated its work to donors or may not have complied with state laws while advocating for these bills.

Q. In the video, the speaker describes a so-called “Block and Tackle” strategy for Heritage. Can you unpack what she means by that?

A. Democrats have introduced legislation in Congress, the “For the People Act,” that would effectively undo most of these voter suppression laws, as well as fixing many other problems with how big money distorts our political process. That’s potentially a giant problem for Heritage. The challenge for them and their allies has been to both “tackle” state level voting laws in Georgia, Texas, Florida, and elsewhere, but also to simultaneously “block” federal legislation that would outlaw voter suppression. In the video, the Heritage Action CEO talked about targeting Joe Manchin. They ran ads targeting Manchin, and even held a rally at the West Virginia state capitol where they bused protestors in from neighboring states. This week it seems like their pressure has paid off, with Manchin coming out against H.R. 1, despite having co-sponsored an earlier version of the bill during the last session.

Q. Did you see anything in the video that contradicts public-facing statements by Heritage about their elections program?

A. Republicans say they’re passing these laws to respond to concerns among their constituents about “election integrity” but the Heritage video reveals the extent to which these laws are originating in Washington, DC, at the highest levels of the conservative movement, and being exported to the states. It was pretty shocking when Jessica Anderson of Heritage Action said representatives of their group, called “sentinels,” give state legislatures model legislation “so it has that grassroots, from-the-bottom-up type of vibe.” That clearly shows these bills are coming from the top-down, with a longstanding voter suppression agenda being rebranded as election integrity.

Q. How does the Big Lie of voter fraud fit into the GOP elections strategy?

A. The Big Lie has become the GOP’s elections strategy. When Jessica Anderson said her group wanted to “right the wrongs of November” that summarized the purpose of the entire effort. Because they failed to overturn the 2020 election, Republicans, with Heritage’s help, are trying to institutionalize the Big Lie in future elections by passing policies to make it harder to vote. Heritage was already advocating for these policies and Trump’s lies gave them the opening to sell them to GOP-controlled state legislatures.

Q. What kinds of evidence should give us confidence that our elections are in fact secure?

A. The security of our elections was litigated and investigated in 2020 to an unprecedented extent. More than 60 courts reviewed the evidence and found there were no widespread voting irregularities. There were multiple recounts done in battleground states like Arizona and Georgia to confirm the results. The US government’s top elections officials said it was “the most secure result in American history.” It’s extremely ironic that so many voter suppression laws are being passed under the guise of election integrity when we had more confirmation of the integrity of our elections than ever before.