The Sidney Hillman Foundation announced today that the Editorial Board of the Philadelphia Inquirer has won the August Sidney Award for “Evicted Without Warning: How Philly’s troubled system leaves some tenants blindsided and locked out of their homes,” an exposé of Philly’s opaque semi-privatized eviction system, written and reported by board member Abraham Gutman.

Eviction is a trauma that disrupts families and communities and eviction without warning is even more traumatic. Philadelphia has a pro-tenant “pay and stay” law that in principle gives tenants the opportunity to stay in their home by paying their back rent any time before they get evicted. However, tenants who don’t know their eviction is coming may not be able to assert their legal rights.

Miltreda Kress thought she’d upheld her end of a court-ordered deal to stay in her Mayfair home. She’d paid almost all her back rent, and she’d lined up the cash for her final $345 payment when the city drilled out her locks and threw her family onto the street. Kress says she never received a notice of the impending eviction. She’s not alone.

Tenants facing eviction are supposed to be served with a notice to appear in court. If they don’t show up, a default judgement is filed against them. Half of legal evictions in Philadelphia were the result of a default judgment. Yet, one in five evicted Philadelphians told researchers they didn’t know about their hearing.

Ten days after the hearing, the landlord can ask the court to issue a final notice, informing the tenant that they must either pay their back rent in full or leave within 10 days of receiving the notice. This notice, known as a writ of possession, is supposed to be handed directly to the tenant, however a loophole in the law allows the servers to post the writ in a “conspicuous place” if they can’t find the tenant.

In most cities, these writs are served by elected officials known as constables, but in Philly they are served by a single court-appointed private law firm. This firm conducted more than 5,500 lockouts last year, a workload that raises serious questions about how much time they devote to tracking down tenants. The owner of the firm is also married to a judge who handles housing cases.

This contractor is not obliged to make any detail of the process public, not even the date on which the writ was supposedly served.

“[T]here is an open secret among Philadelphia’s housing lawyers: tenants don’t receive the final notice before they are locked out of their home,” said Gutman in our Backstory interview.

“This story reveals a major injustice hiding in plain sight,” said Sidney judge Lindsay Beyerstein. “Philly has an opportunity to improve its system ahead of the looming eviction crisis now that federal pandemic aid is expiring.”

After this story ran, nine members of Philadelphia’s City Council sent a letter to the Pennsylvania Supreme Court, which oversees the Municipal Court, expressing concerns about evictions without notice.

Abraham Gutman is an Editorial Writer at The Philadelphia Inquirer. His writing mainly focuses on the legal system, gun violence, and the overdose crisis.

The Editorial Board is a group of writers and editors who operate separately from the newsroom and are tasked with defining the institutional position of The Philadelphia Inquirer. The Board pays particular attention to issues facing Philadelphia and the region, and its mission is to have impact on policies with special emphasis on social and criminal justice, education, and public health. Current Board members include: Sandra Shea, Managing Editor; Erica Palan, Deputy Editor; Elena Gooray, Coverage Editor; Signe Wilkinson, Editorial Cartoonist; Will Bunch, National Columnist; Trudy Rubin, International Columnist; Kevin Rioridon, Editorial Writer; Abraham Gutman, Editorial Writer. 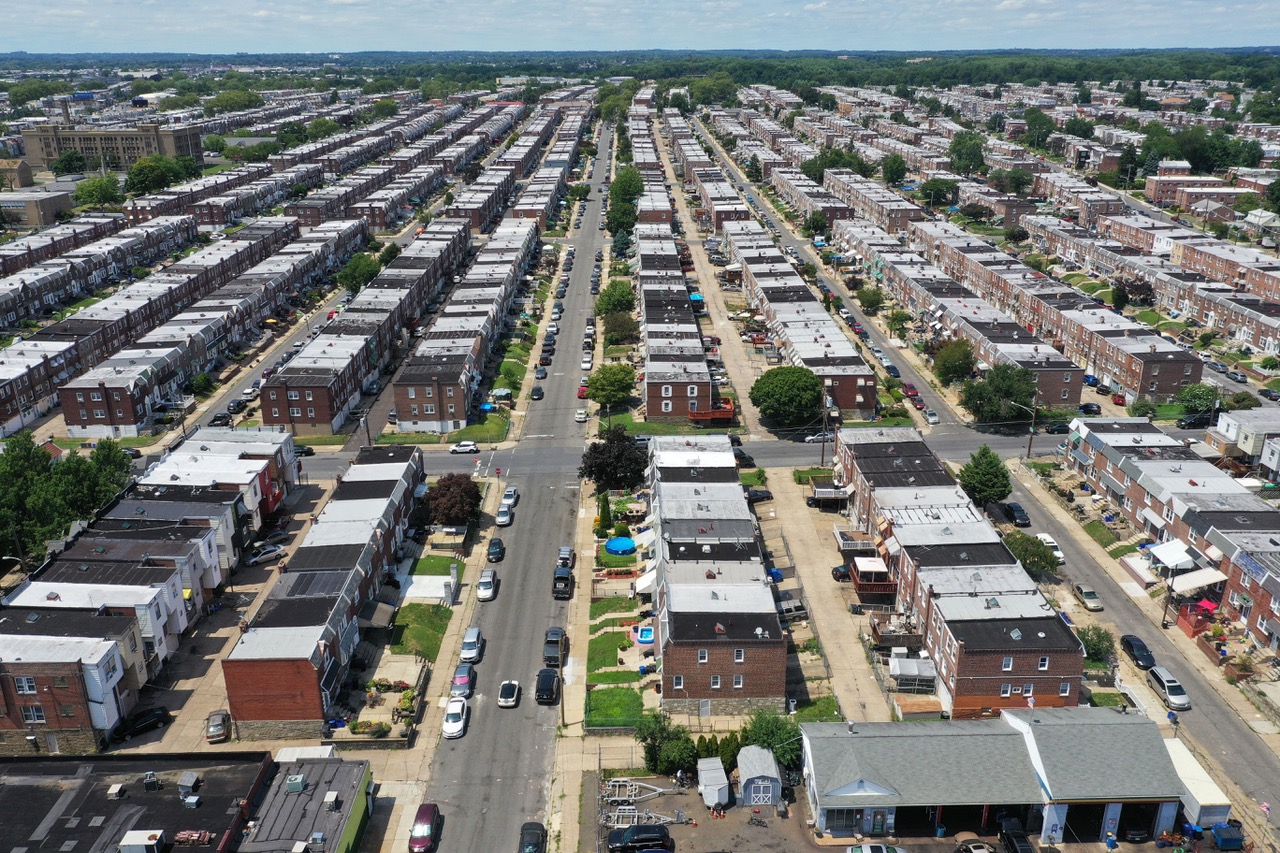 Q: How did you find out that so many Philly tenants were being thrown out on the street without warning?

A: In February 2019, while preparing for the Editorial Board’s endorsement in the Philadelphia sheriff race, I reached out to various people and organizations who I thought might interact with the sheriff’s office on a regular basis. These included lawyers representing tenants in eviction. I was surprised to learn that in Philadelphia the sheriff nearly never executes evictions. The responsibility was outsourced to a private firm. It became clear that there is an open secret among Philadelphia’s housing lawyers: tenants don’t receive the final notice before they are locked out of their home.

Q: Why are so many people losing their homes without warning?

A: Philadelphia is the poorest large city in America and has among the most evictions every year. The process is meant to provide tenants with opportunities to defend themselves in court and, in cases of nonpayment of rent, to “pay-and-stay” and avoid the eviction at any time before the locks have been changed. In reality, about half of evictions are a result of tenants losing the case because they didn’t show up in court. In court documents, tenants say they didn’t appear to the hearing because they didn’t receive the notice.

The final notice before a lockout is a court order that informs the tenant that they have to vacate the property unless they can pay what they owe. This notice is supposed to be personally served to the tenant. Since 1970, a private firm that is appointed by the court as a Landlord Tenant Officer has been in charge of this critical step in the eviction process. The current Landlord Tenant Officer is the spouse of a judge who also sits on landlord tenant cases. This firm executed nearly 5,500 lockouts in 2019. With a team of seven independent contractors, and so many evictions, the incentive to work fast is clear.

According to housing attorneys in multiple legal aid organizations, no one has encountered a tenant who received the critical final notice for years. That means that on lockout days tenants are surprised, without time to pack or set up a place to be, and forced to forgo their right to “pay-and-stay.”

Q: Can you give us an overview of your approach to reporting this story?

A: After learning of the open secret that is evictions without warning in Philadelphia, the challenge was to confirm this allegation. That was nearly impossible because the court doesn’t require the Landlord Tenant Officer to make any document about the service of the notice public – not even the date that it allegedly occurred. A review of hundreds of court records showed that tenants frequently mention not receiving the notice. In conversation, tenants – many of whom wanted to remain anonymous – provided information that could be corroborated through court records and that only made sense if they didn’t receive notice. For example, one tenant had made multiple payments to settle the debt in the weeks leading up to the eviction including a final payment of $345 in the afternoon after the lockout. If they would have known the lockout was coming, why not make the payment in the morning and stay in the house? In addition to review of court records, conversation with tenants, and with attorneys, long discussions on background with people associated with the court were critical to understanding all the legal technicalities of state law and the court rules.

Q: Can you explain how the eviction situation in Philly fits into the larger pandemic-induced eviction crisis?

A: If the statewide eviction moratorium expires, and without a massive rent relief program,  Philadelphia will be hit with an avalanche of evictions this fall. Tenants have already been falling through the cracks of a process that was outsourced to a private firm and offers little accountability. Now, with the pandemic, recession, and post office delays, many more tenants will not receive notice and their eviction will be all the more traumatizing and abrupt. More people will have to rely on the scarce homeless services, credit scores will be decimated, and any hope for a swift economic recovery will be ruined.

Q: What did you learn from this investigation that you’ll carry forward to your next assignment?

A: Some stories are hiding in plain sight. People in Philadelphia, including myself and elected officials, assumed that the sheriff is the entity executing evictions. It was an open secret that this critical and sensitive government function was outsourced – and often fails tenants. And while court rules about service of documents is not the sexiest topic in the world, it is often the small technical details that allow for big injustices to continue.

Q: Why write this as an editorial?

A: The ability to write the investigation as an editorial was incredibly important toward impact. While the reporting utilized investigative tools like any other story, as an editorial we were able to provide concrete recommendations and solutions toward solving the problem and carrying the editorial byline gave those recommendations credibility and weight. And change has already started. After the publication of the investigation, nine members of Philadelphia’s City Council sent a letter to the committee of the Pennsylvania Supreme Court that approves the municipal court’s rule about concerns that tenants are evicted without warning.