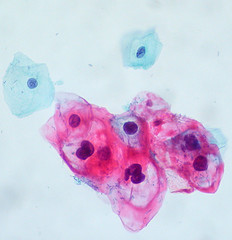 Bob Ortega, our February Sidney Award-winner for his expose of a faulty HPV test, has another blockbuster story on women’s health.

U.S.-funded researchers testing a low-tech alternative to pap smears followed thousands of poor Indian woman to see if they developed cervical cancer, but they didn’t screen them to catch the disease early, they just waited to see if they’d get sick:

For more than 12 years, as part of two massive U.S-funded studies in India, researchers tracked a large group of women for cervical cancer but didn’t screen them, instead monitoring them as their cancers progressed. At least 79 of the women died.

One study, funded by the National Cancer Institute, did not adequately inform more than 76,000 women taking part about their alternatives for getting cervical-cancer screening; and those women did not give adequate informed consent, according to the Office of Human Research Protection, part of the U.S. Department of Health and Human Services.

The other study, funded by the Gates Foundation, is under review by the Food and Drug Administration, according to Kristina Borror, the OHRP’s director of compliance oversight. That study has raised similar concerns regarding 31,000 women who were tracked but not routinely screened or treated for cervical cancer.

Both studies continue today, though researchers for both told The Arizona Republic they have begun to offer screening to the women. [AR]

The subjects were uneducated women from the slums of Mumbai. The study was designed to determine whether diluted vinegar douches are an effective, low-tech screening test for cervical cancer. Abnormal tissue turns white in response to the acid.

Basically, women in the experimental groups got the test. Women in the control groups were told they could get HPV screening on their own, but they weren’t screened. Health care workers visited them to ask if they’d developed any symptoms of cervical cancer. Note that cervical cancer doesn’t usually cause symptoms until the disease is far advanced. The more advanced the cancer, the worse the patient’s odds of survival.

By 2009, the researchers had reason to believe the test was working. The vinegar seemed to be revealing abnormal cells, but the researchers felt they needed to keep the study going to show a statistically significant difference in cervical cancer rates between the experimental and control groups.

In 2011, an oversight body found that the National Cancer Institute-funded study had not obtained proper informed consent from their subjects and had not educated them properly about how to seek screening on their own. The researchers argued that the control group subjects were no worse off than they would have been if they hadn’t participated in the trial because most poor women in Mumbai don’t get cervical cancer screenings anyway.

It’s irrelevant whether the women in the control groups were worse off than they would have been. Control groups of this type were probably unnecessary in the first place. Cervical cancer researchers in many other developing countries reject the unscreened control group design. They have other ways to measure the efficacy of their tests.

At this point, the medical consensus is that any reliable form of cervical cancer screening is better than nothing. If the vinegar test accurately identifies cancers that would have otherwise gone unnoticed until much later, that’s proof that it works better than no screening. We don’t have to wait for unscreened women to get sick and die to prove the point.

A cancer screening trial with an unscreened control arm would never be allowed in the United States. Ortega quotes researchers who attempt to justify their laissez-faire approach by claiming that Western principles of research ethics, like informed consent, don’t apply to women in the slums of Mumbai. No doubt it’s more difficult to obtain informed consent for medical care from subjects who have little formal education, but that doesn’t imply that it’s any less important. Ortega’s reporting shows that the researchers didn’t even do the bare minimum.

It’s a twisted logic that says it’s okay to treat someone worse because they’re already so badly off.