David Kocieniewski wins the August Sidney Award for revealing how Goldman Sachs is driving up the price of aluminum by shuffling metal between multiple Detroit-area warehouses to prolong storage times and thereby collect additional rent from the owners of the metal.

When a Goldman Sachs subsidiary bought up over two dozen aluminum storage warehouses in 2010, industrial buyers found themselves waiting four months or more to receive their metal, up from just six weeks before Goldman took over. Since Goldman charges rent to store the metal, many suspected the company was dragging its feet to increase its own profits. The company denied the charge.

Kocieniewski pierced the veil of secrecy surrounding these warehouses to confirm, from interviews with forklift drivers and company records, that Goldman did not prioritize prompt delivery. The warehouses only ran one shift a day. Aluminum arrived by train, but left by truck in a comparative trickle. Goldman even paid metal owners fees to “rewarrant” or move the metal from one warehouse to another, creating additional delays and bottlenecks.

“Kocieniewski’s reporting shows how deregulation created an opportunity for Goldman Sachs to buy up commodities infrastructure and use it to line its own pockets at the expense of manufacturers who need those materials to create goods and sustain jobs,” said Sidney judge Lindsay Beyerstein.

Ultimately, the consumer bears the brunt of these delays in the form of higher prices. “Those costs are ultimately borne by anyone who’s bought a car, a roll of aluminum foil or a can of beer or soda; virtually everyone in the country was paying for it,” Kocieniewski said.

David Kocieniewski is a reporter for the New York Times. 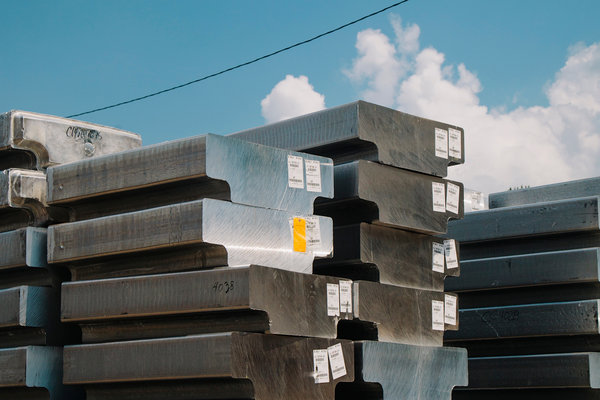 Aluminum ingots waiting to be shipped from a processor. Financial institutions like Goldman Sachs have used industry pricing regulations to earn millions of dollars each year.
David Walter Banks for The New York Times