Chris Hayes Wins May Sidney Award for “The New Abolitionism”

Chris Hayes wins the May Sidney Award for “The New Abolitionism,” a provocative feature in The Nation in which he argues that fossil fuel companies must forfeit $10 trillion in unburned oil and gas reserves in order to avert civilization-destroying climate change, a demand he says is no less urgent, and no less radical than the abolitionist ultimatum that slaveholders give up the vast wealth they held in human bondage.

The atmosphere can only absorb about 565 gigatons of carbon in the next 40 years before temperatures rise to unmanageable levels. That’s about a fifth of known reserves. Saving the planet will mean leaving a lot of that wealth in the ground. The last time elites gave up $10 trillion in wealth was when American slaveholders were forced to relinquish their slaves.

The slaveholders refused to give up their fortune without a war, but Hayes argues that comparable results can be achieved with strategic pressure on fossil fuel companies. Capital is the lifeblood of fossil fuel exploration. The first step, he says, is for energy shareholders to demand their corporations stop spending billions to discover new reserves and instead, return that money to shareholders as dividends.

“In a time when we are overrun with pundits cherry-picking history, Chris Hayes offers up a serious and scholarly look at the history of enslavement in America and what it has to teach us about the most pressing dilemma of our time–climate change,” said Hillman judge Ta-Nehisi Coates, “As with white supremacy, climate change involves telling people things they’d rather not hear. Chris Hayes embraces that challenge with the kind of gusto and seriousness that we so sorely need.”

Chris Hayes hosts “All In with Chris Hayes” at 8 p.m. ET Monday through Friday on MSNBC, and he is also Editor-at-Large of The Nation. His first book, “Twilight of the Elites: America After Meritocracy,” about the crisis of authority in American life, was published in June 2012. 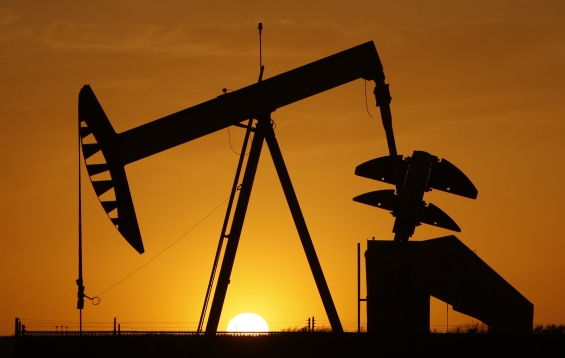 A: Mostly just a matter of the numbers. As a percentage both of total GDP and total household wealth, the best approximation of the market value of all of the people who were slaves on the eve of the civil war is about $10 trillion dollars. The abolition movement was demanding that the owners of that capital (as heinous as it is to conceive in those terms) be expropriated and have their wealth liquidated. Now, if we’re going to keep the planet from heating to an unmanageable degree, we’re going to have to leave about that much in the ground.

Q: How can we expect powerful interests like the Koch Brothers to leave oil in the ground for the good of humanity?

A: We can’t. They have to be forced to by governments, by specific market forces (cheaper alternatives coming to market, financial investors shorting coal), and by people’s movements that are targeted at disrupting the investment that’s necessary to keep the very expensive enterprise of fossil fuel exploration and exploitation going.

Q: What are “stranded assets”?

A: Stranded assets are those fossil fuel reserves that are 1) in the ground, 2) extractable with present technology, and 3) will have to be left in the ground or will be left in the ground in some future where we actually do successfully put a price on carbon. There’s already a lot of stranded coal in this country, tons and tons of the stuff that won’t come out of the ground because it’s too expensive to take it out for what it sells for. And that’s *without* a price on carbon that prices in the externality. If you did put a price on carbon, you’d render a whole vast swath of known reserves uneconomic to extract, thereby taking its value off the balance sheets of the companies and countries that now count that stuff towards their total wealth.

The threat that fossil fuel companies face is that the assets on their books, which they report to shareholders and use as a basis for investment, growth and profits, are deeply unstable, and can be destroyed in the near future through either policy or simple competition on price from alternatives. Since that’s the case, people who have their money in fossil fuel companies should be demanding those companies *not* be spending over a billion dollars per day searching for new reserves (as they are now doing) and instead pay that money back in dividends. Accept that there can be no growth past current reserves and pay shareholders the cash you would spend on exploration.

Q: Paid workers were an obvious alternative to slaves, albeit an unpalatable option for the monied elites of the day. (And arguably an option they’ve continued to fight in various guises ever since.) Is there a comparable fix for our dependence on fossil fuels, or is that level of clean energy still unavailable at any price?

A: There’s no way that you could snap your fingers and substitute out fossil fuel tomorrow and not be dealing with probably the biggest cataclysm in human history. But! The good news is that a combination of a price on carbon, with investments in alternatives, renewable portfolio standards, and municipal, state and federal governments providing a willing buyer for efficiency and alternative energy products, we can. We’ve already seen it in Germany, where feed-in-tariffs have produced a country that’s now getting the majority of its electricity from renewable sources.

There are virtuous cycles of innovation, deployment, scaling and such that can assert themselves if we push hard enough to get the cycle started. We’re already seeing something pretty remarkable happen in solar, as the cost drops *dramatically*, which leads to increase in deployment worldwide, which creates economies of scale that further streamline production and bring the cost down. It’s very funny to me that there’s a certain strain of supposedly world-weary, knowing conservatism that has concluded that the world must always run on fossil fuels and it must be so here and forever, which is a strikingly Malthusian way of approaching a very dynamic problem. I tend to be an optimist about human ingenuity.