Lizzie Presser wins the March Sidney Award for “Below Deck,” which details the brutal exploitation of cruise ship workers, published in California Sunday Magazine with the support of the Investigative Fund of the Nation Institute.

Regie Lagarde, a Filipino father of four, is one of the 28 cruise ship workers Presser interviewed for this story. Regie and his colleagues reported systematic wage theft, 80 hour work weeks, and 8 to 10 months without a day off.

Regie was forced to work through a serious back injury. When his back finally gave out, the company would only pay his medical bills if he had surgery with a hand-picked company doctor, who would rule him fit for work almost immediately.

Filipino workers with grievances against a cruise line are rarely allowed to plead their cases in U.S. court. Instead, they are forced into to private arbitration in the Philippines, where rulings are routinely bought. The cruise industry’s trade association has lobbied hard for legislation that would bar all of its non-citizen employees from U.S. courts.

“The cruise industry carefully guards its image as a purveyor of wholesome family fun,” said Sidney judge Lindsay Beyerstein. “We hope consumers will demand change when they learn about the rampant exploitation behind the shiny veneer.”

Lizzie Presser is a journalist based in New York. Her writing on social justice and labor has appeared in The Guardian, The Independent, Harper’s and Politico, among others.

California Sunday Magazine grew out of Pop Up Magazine, a touring, performative, live magazine experience that features the work of journalists, filmmakers, photographers and other storytellers. 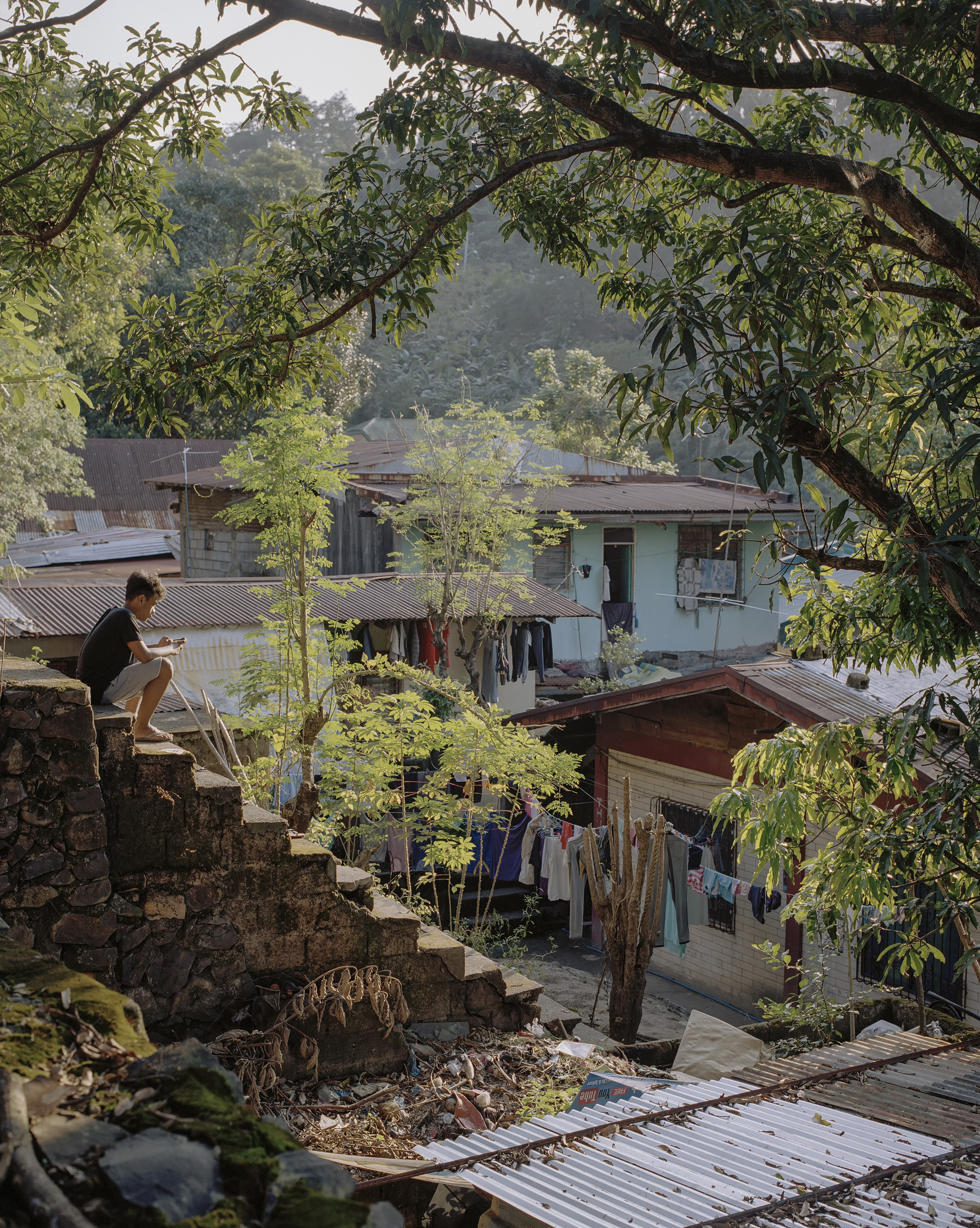 Regie Lagarde's son Giordan, sits on the steps outside their family home in Olongapo City, Philippines. Regie worked for Carnival Cruise Line for ten years. As a waiter, he worked 12 to 14-hour days, with no days off for more than eight months at a time.
Kevin Kunishi

Q:  How did you become interested in the issue of labor abuses aboard cruise ships?

A: A couple of years ago, a friend of mine from Thailand told me that she was considering applying to work as a massage therapist on a cruise ship. Then she told me the price tag: It would cost her $4,000 in total to buy her training and a spot on board.

I knew Kay from time I’d spent reporting in Thailand. In 2011, she worked as a fixer for me while I reported in northeast Thailand, and we often talked about stories we’d heard from migrant workers who had been duped into paying hefty sums for jobs abroad. They were promised fortunes, but they often fell into debt instead. Kay wasn’t like most of the migrant workers I knew. She speaks fluent English and has a Master’s in International Development from an American university. But she still couldn’t find enough work to support her family in Thailand, and she thought that maybe her story would be different.

To help her research the position onboard, I started reading chat forums for cruise workers, and I quickly found endless pages of complaints from cruise workers who worked 14-hour days, with no time off, making salaries as low as $500 a month. Kay decided to take the job despite the risks. I could see that there was plenty to investigate, so I began reaching out to folks who wrote about getting injured on board, started calling major maritime lawyers in the U.S., and followed the thread from there.

Q:  How did you find Regie, the subject of your piece?

A: I found Regie through Tonya Meister, his maritime attorney, whom I mention in the piece. Tonya mainly represents foreign seafarers, and she told me that even though she knew it was extremely difficult for Filipino cruise workers to win cases in U.S. courts, Regie’s story had moved her. She decided to take a chance on him, in the hopes that she could win his case and stop the courts from sending foreign seafarers into foreign arbitration.

That didn’t happen, but over the course of a two-and-a-half year legal battle, she collected hundreds of pages of documentation on Carnival Cruise Line’s onboard policies, Regie’s working conditions, and the medical care he received. Regie was also eager to tell his story. He hadn’t been able to hold Carnival Cruise Line accountable in court, so he wanted to find another way to reach the public.

Q: What was the most challenging aspect of this investigation?

A: After interviews with cruise workers, I always asked to photograph their contracts and any medical documentation they had. Many became quite nervous to show me paperwork; they feared their names would somehow be made public, and they would lose their jobs.

I understand where they are coming from. Their jobs are precarious; they can’t afford to lose their contracts. I wanted them to feel as comfortable as possible talking with me and to show them that I respected how they felt. But I also wanted to collect as much hard evidence on working conditions onboard and the obstacles to adequate medical care as I could. I still haven’t quite figured out the best way to achieve that balance, and I imagine it’ll be a lifelong challenge in my work.

Q: What did you learn in the course of this investigation that you will carry on to the next story?

A: When I first started thinking about reporting this story, I clung to the most dramatic narratives I could find: a crewmember burned by a boiler explosion onboard, another who fell five-stories during a lifeboat drill and cracked several bones in his face and hip.

But the more cruise workers I spoke with, the clearer it became that the drama for most cruise workers unfolded slowly, in stages, until they found themselves home, injured, without medical care or an income, and selling off their belongings as they recovered. Many talked about the devastation they felt that they hadn’t seen this coming. In a way, it was a reminder that a crisis doesn’t always happen in an instant. For most, it builds over time, in small increments.

Q: Did anything funny or unusual happen in the course of your reporting?

A: I wish I could write outtakes about some of the unexpected characters I met who didn’t make it into the story. I loved hearing about the romances of a 60-year-old man who had spent more than half of his life onboard. My favorite, perhaps, was a gun salesman turned seafarer union president who wears American flag suspenders (“my trademark,” he told me) and employs a troop of pre-pubescent cadets as office admins.

Q: Was there a language barrier to reporting this story, and if so, how did you overcome it?

A: English is one of two official languages in the Philippines, so most cruise workers I spoke with had excellent English. Midway through reporting, I teamed up with a former cruise worker who helped with translation when sources were struggling to find the right words. She also leant me some much-needed street cred.