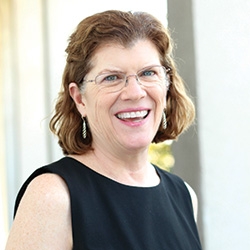 In 2013, in its Shelby County v. Holder ruling, the Supreme Court gutted the coverage formula for Section 5 of the Voting Rights Act. This decision allowed states with the most notorious records of voter suppression to enact new voting laws without the scrutiny of federal preclearance.

North Carolina was the first state in the nation to push through new voting regulations after Shelby, and it was among the nation’s worst.

Among other provisions, North Carolina’s H.B. 589 shortened the early voting period by a full week, eliminated same-day registration, prohibited provisional ballots that were cast out of precinct from being counted, cut a successful pre-registration program for 16- and 17-year-olds, and implemented a restrictive photo ID requirement. Primarily targeting the very measures that North Carolina’s African-American and Latino voters used at significantly higher rates than White voters, each piece of the law had a disproportionate impact on North Carolina’s voters of color.

“It is clear that the legislators didn’t enact this giant omnibus bill for the reasons they said,” said Hair. “Any fair reading of the sequence of events leads to the conclusion that they were voter suppressors in search of a pretext. Their rationales changed from week to week. At closing arguments, the judge trying our case said on the record that he didn’t buy the fraud rationale. When fraud didn’t pan out as a pretext, they said they wanted to establish public confidence in the electoral process. But there wasn’t any lack of public confidence except from what they caused with this law and their drumbeat of unfounded claims of voter fraud.

In 2016, a three-judge panel of the U.S. Court of Appeals for the Fourth Circuit ruled that North Carolina’s H.B. 589, was enacted with “racially discriminatory intent” to “target African Americans with almost surgical precision.”

But “North Carolina, with the leadership of the NC NAACP Forward Together Moral Movement represents the hope that people of color can finally attain equal voting rights, and by organizing and joining with each other and with like-minded Whites, transform the American South into a model of government responsiveness to the interests and needs of people of color and others who seek a government that puts the good of the whole first.”

Penda Hair’s work exemplifies the public spirit of “Citizen Barrett” and the causes Barrett supported over six decades of advocacy.

Penda Hair is the Legal Director of Forward Justice, a nonpartisan law, policy, and strategy center dedicated to advancing racial, social and economic justice in the U.S. South.

For the past four years, she has led the legal team for the North Carolina NAACP in a landmark voting right case, NC NAACP v. McCrory, in which the Fourth Circuit Court of Appeals found that North Carolina’s 2013 voting restrictions were designed with “surgical precision” intentionally to suppress the vote of African Americans. She is the former director of the Washington, DC office of the NAACP Legal Defense and Educational Fund and Founder and former Co-Director of Advancement Project.

Hair is the author of the Rockefeller Foundation’s report on innovative civil rights strategies, Louder Than Words: Lawyers, Communities, and the Struggle for Justice (2001). After graduating from Harvard Law School, she clerked for U.S. Court of Appeals Judge Wilfred Feinberg, and U.S. Supreme Court Justice Harry A. Blackmun.