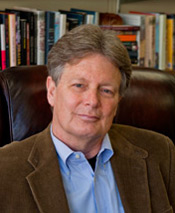 Marcus Rediker is Distinguished Professor of Atlantic History at the University of Pittsburgh. He specializes in the history of working people, free and unfree, from the seventeenth to the nineteenth centuries. He is the author of several books, which have been translated into a dozen languages, including (with Peter Linebaugh), The Many-Headed Hydra: Sailors, Slaves, Commoners, and the Hidden History of the Revolutionary Atlantic (Beacon Press, 2000), winner of the International Labor History Book Prize, and The Slave Ship: A Human History (Viking-Penguin, 2007), winner of the George Washington Book Prize. His most recent book, The Amistad Rebellion: An Atlantic Odyssey of Slavery and Freedom (Viking-Penguin, 2012), explores the famous event of 1839 through a new lens. He places at the center of the story not the American politicians and abolitionists who argued the case, but the fifty-three Africans who made the original, earth-shaking rebellion. Dr. Rediker has held fellowships from the Andrew W. Mellon Foundation, the American Council of Learned Societies, the National Endowment for the Humanities, and the John Simon Guggenheim Memorial Foundation. 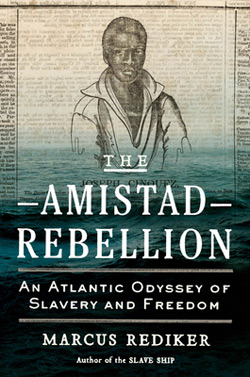 For a quarter-century, Marcus Rediker has chronicled the lives and struggles of working people in widely-acclaimed books that have expanded the very conception of the field of labor history. From a working-class family with roots in the mines and factories of the Upper South, Rediker stamped his scholarly mark elsewhere: on the sailors and captains and pirates and slaves who sailed the Atlantic in the 18th and 19th centuries. His first book, Between the Devil and the Deep Blue Sea: Merchant Seamen, Pirates, and the Anglo-American Maritime World, 1700-1750, published in 1987, was unlike anything labor historians had seen before, a journey away from the workshops, mines and factories of the 19th and 20th centuries, on which the field had focused, to the sea-faring laborers and rich cultures they created before the United States existed as a nation. The great labor historian E.P. Thompson wrote that “What distinguishes Rediker’s work is his unwavering and unsentimental focus on the seaman’s labour and experience in his cramped wooden world.” Rediker’s accomplishment was especially impressive given the scarcity of sources he had to work with in writing about long-ago workers, spurned in their own time, who left few records behind.

Among the laborers and rebels of the Atlantic world, Rediker discovered an egalitarian ethos that he has chronicled and celebrated. The Many-Headed Hydra: Sailors, Slaves, Commoners, and The Hidden History of the Revolutionary Atlantic, co-written with Peter Linebaugh, showed how these workers’ ideas and spirit informed the great revolutions of the late 18th century, including the American Revolution. In Villains of All Nations: Atlantic Pirates in the Golden Age, Rediker painted an eye-opening portrait of the pirate ship as an egalitarian workplace, in sharp contrast to the autocratic regime on the naval and merchant ships of the great sailing powers.

More recently, Rediker has turned to the story of the Atlantic slave trade. His wrenching, prize-winning book, The Slave Ship: A Human History, published in 2007, reconstructs in chilling detail the lives, deaths, and terrors of captains, sailors, and the enslaved aboard floating dungeons, trailed by sharks, on which captains and their officers treated sailors with brutality exceeded only by their abuse of the slave cargo. His most recent book, The Amistad Rebellion: An Atlantic Odyssey of Slavery and Freedom, tells the extraordinary story of a group of slaves who in 1839 seized the schooner on which they were being transported, killed the captain, and fought a prolonged legal battle that ended with their return to Africa as free men.

Marcus Rediker, as a scholar, teacher, and long-time political activist, has worked to expose inhumanity in the workplace and in society and to recover the history of those who fought it. His capacious notion of labor history has helped revolutionize the field and launch the transnational study of the Atlantic World. Through his work, we know far more than ever before about the once nearly-forgotten men and women whose labor on open seas and shore side made possible the world in which we live today.