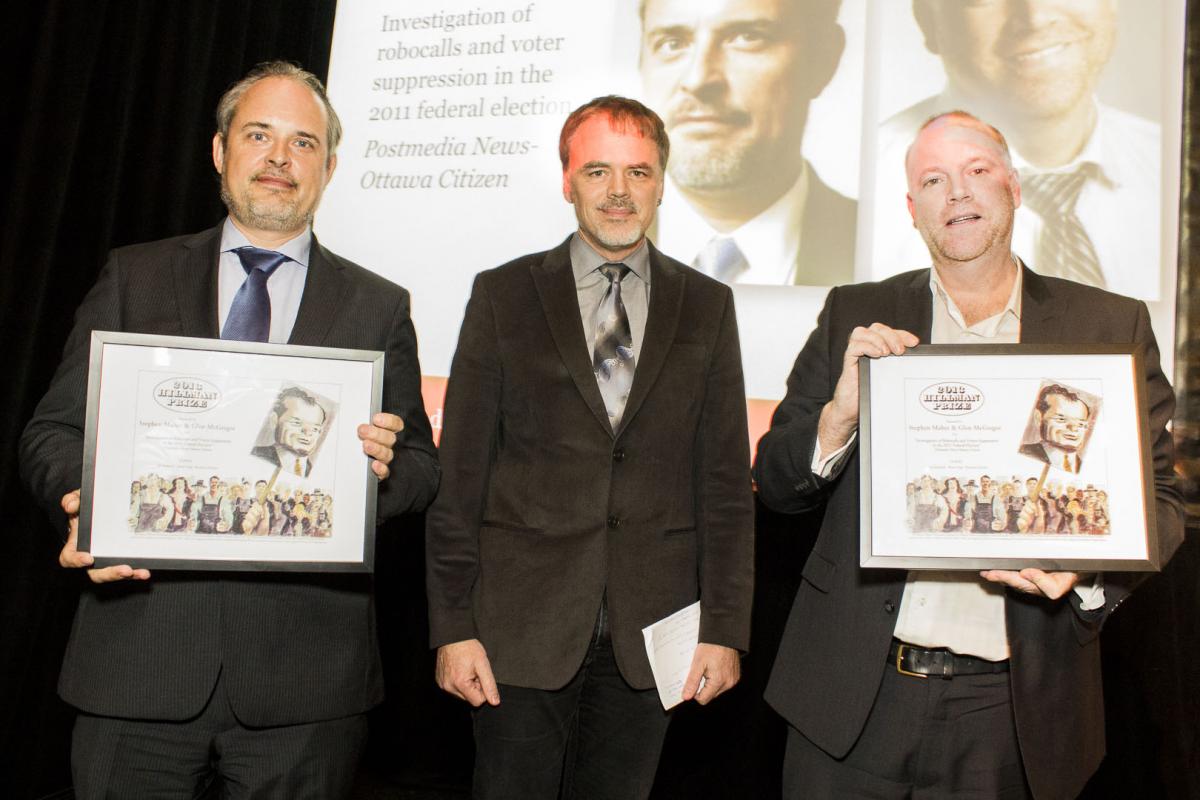 The Sidney Hillman Foundation honored excellence in Canadian journalism in service of the common good at its annual Canadian Hillman Prize ceremony, Tuesday.

Glen McGregor of the Ottawa Citizen and Stephen Maher of Postmedia News shared the 2013 prize for their expose of vote-suppressing robocalls by Conservative Party operatives during the 2011 Canadian federal election.

Click here to learn more about our winners, read their prize-winning stories, and peruse the shortlist for this year’s prize.

Many thanks to our distinguished Canadian judges: Jim Stanford, Bronwyn Drainie, and Brian Topp.