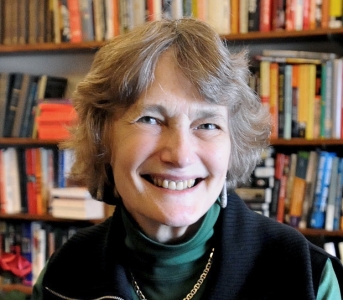 Born to Czech-Hungarian refugee parents, living in wartime Great Britain, Alice Kessler-Harris played a foundational role in shaping the field of women’s labor history.  She began her career as an historian rescuing from obscurity the Jewish needle trades women who built the International Ladies Garment Workers Union, in the process discovering anew the pivotal role played by those passionate women radicals who battled both male privilege and sweatshop exploitation. From century-old penny papers, Kessler-Harris recovered the voices of these anonymous young women. “Jewish women courted the unions,” wrote Kessler-Harris, “that should have been courting them.”

Starting in the 1970s she published a series of path-breaking articles that became classics and an inspiration to a generation of feminist historians of the working class in the U.S. and abroad. This work culminated in her 1982 book, Out to Work: A History of Wage-Earning Women in the United States, a canonical work in this field. In 2001, she published In Pursuit of Equity: Women, Men, and the Quest for Economic Citizenship in Twentieth Century America, which won the Bancroft Prize, and, in 2012, the acclaimed biography: A Difficult Woman: The Challenging Life and Times of Lillian Hellman. A committed trade unionist who, with her partner, Bertram Silverman, helped to create a collaborative degree-granting program for trade union members, she co-directed the program and taught  union members for nearly a decade. Kessler-Harris is also a public intellectual who has fought sex discrimination in courtroom testimony and editorial page opinion pieces. For the past 30 years she has been an editor of  The Working Class in American History series (sponsored by the University of Illinois Press) the longest-lasting series of scholarly monographs and serious histories of working people. The series (founded by David Brody, Herbert Gutman, and David Montgomery) has shaped the field of labor history and continues to open doors to young and experienced scholars who have linked the lives and experiences of ordinary workers with trade union organization and the history of capitalism.  Kessler-Harris has served as the president of the Labor and Working-Class History Association, the American Studies Association, and the Organization of American Historians. Today she is the R. Gordon Hoxie Professor of History at Columbia University.